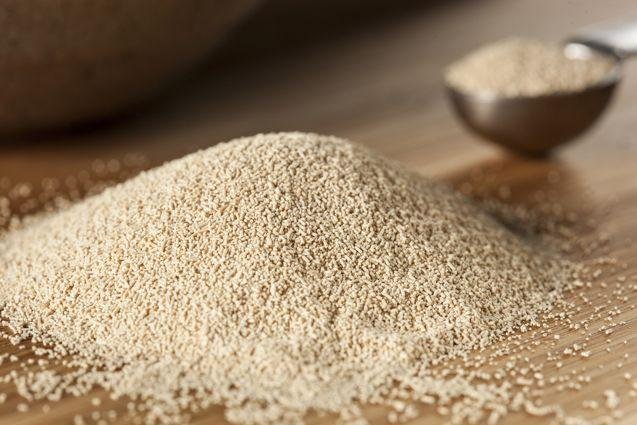 What is yeast beta-glucan?

Yeast beta-glucan is a functional polysaccharide derived from the cell wall of baker’s yeast, with β-1,3-D-glucan as the main chain and β-1,6-D-glucan as the branched chain.
Yeast β-glucan is a kind of immune polysaccharide. It is used to maintain or stimulate the effectiveness of the immune system. Moreover, it positively affects cholesterol levels, and research has been done to investigate the positive effects on blood sugar levels.
Research supports the immune-modulating properties of baker’s yeast beta-glucan.

What are the benefits of yeast beta-glucan, and how does it works?

Yeast beta-glucan is an excellent biological effect regulator (BRMs). Many animal and clinical trials have proved that yeast glucan can enhance immunity, anti-tumor, anti-inflammation, anti-radiation, reduce blood lipids and promote wound healing and other physiological functions.
After intake of the yeast beta-glucan, it enters the blood circulation through the intestinal lymphatic system. There are specific yeast glucan receptors on the surface of human macrophages (a kind of non-specific immune cells that can quickly remove foreign antigens from the human body). After recognizing yeast glucan, it can quickly activate the activity of macrophages and achieve the functions of rapid enhancement of immunity, anti-tumor, anti-radiation, anti-inflammation, and so on.

What is the use of yeast beta-glucan?

Yeast beta-glucan can be used as a food ingredient in dairy products, meat products, baked foods, beverages, candies, and other common foods and can also be developed into functional health food as raw materials of health food.
In ordinary food, the water-holding capacity of yeast glucan makes it have the functions of thickening, moisturizing, improving taste, and so on.
Yeast beta-glucan has the function of anti-radiation and rapid wound repair. It can also be used in cosmetics as cosmetics ingredients such as facial mask, body wash, hand cream, whitening, immediate restoration of skin cells, moisturizing, etc.

How can we consume yeast beta-glucan, and what is the recommended dosage?

Yeast beta-glucan existed in the forms of capsules or oral liquids as food supplements in our daily life. Daily consumption of 250mg is recommended for humans. It can help rapidly enhance immunity, resist radiation and reduce blood sugar levels.

What is the difference between yeast beta-glucan and other sources of beta-glucans?

How is yeast beta-glucan been made?

Yeast beta-glucan is obtained from the yeast with high glucan content by a unique fermentation process and then refined by biotechnological technique to remove proteins, fats, nucleic acids, and other impurities in the yeast. The content of yeast glucan can reach up to 85%.

Which people are suitable to intake yeast beta-glucan?

Hiyeast is a professional yeast beta-glucan manufacturer that supplies high-quality products; its yeast beta-glucan is Organic Certified Yeast Beta Glucan from baker’s yeast. Hiyeast’s product is through the HPLC and USP standard test and is sold well in the European and American markets.
Hiyeast aims to bring healthy and natural products to the world, nutritional and sensory properties of food and beverages with an internal team of microbiologists, food applications specialists, and yeast experts.
For more information about Yeast Beta Glucan, contact our team.