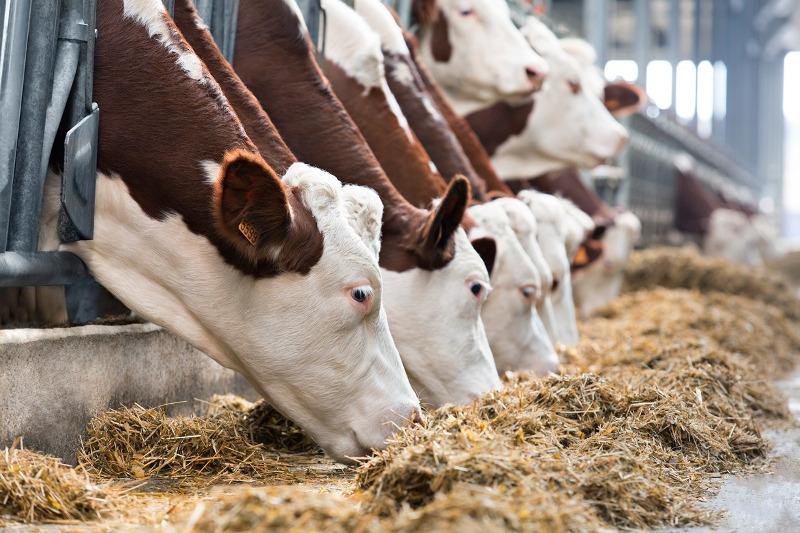 The use of yeast derivatives as feed supplements for animal nutrition is not a new concept. The ban of antibiotic growth promoters in feed for production of animal foods in the European Union has increased interest in evaluating the effect of yeast products on the gastrointestinal ecosystem, rumen microbial populations, and overall animal performance.

What are the yeast products used in feed additives?

Yeast autolysates consist of lysed whole yeast cells (using acids or enzymes or high salt solution to rupture cells caused by increased osmotic pressure) and contain intracellular and cell wall fractions. Yeast extracts consist of only the intracellular components, while the yeast cell wall products consist only of the carbohydrates found in the cell wall. Yeast autolysates and extracts are used primarily by the food industry for flavor enhancement of foods. Yeast extracts are also used as microbial stimulants in fermentation and pharmaceutical industries and microbiologists to optimize bacterial growth and in laboratory growth media.

Yeast Cell Wall represents 26 – 32 % of the dry weight of Saccharomyces and other kinds of yeast. This Cell Wall is a structural component and gives the yeast its shape and rigidity. Yeast Cell Wall is a non-specific stimulator of the immune system of both humans and animals.

Glucans are the primary polysaccharide component in Saccharomyces cerevisiae and are a highly insoluble part of the support structure of the cell wall. The inner layer of yeast cell walls consists of insoluble β-glucan (30–35%), the middle layer is soluble β-glucan (20–22%), and the external layer consists of glycoprotein. The glucan structure consists of β-1,3 glucans with β-1,6 branch linkages, and both endo and exo β-1,3 glucanases are produced during yeast autolysis. β-glucans are becoming very popular in the animal feed industry because of their potential beneficial effects on animal health and growth performance. They have been shown to adsorb or bind toxins, viruses, and pathogenic bacteria. Immune cells (macrophages) have receptors for β 1,3/1,6 branched glucans. Their mode of action is well documented in human nutrition and medicine. There is evidence that dietary β-glucans may improve immune-competence in young animals and fish and shrimp.

Mannans are considered to be the second most important component of yeast cell walls. Mannan oligosaccharides (MOS) serve as prebiotics or sources of nutrients for select microbes in the gastrointestinal tract.
It can lead to providing a probiotic effect Spring et al. (2015) reviewed results from 733 published trials that evaluated the effects of feeding MOS to companion animals, horses, rabbits, poultry, pigs, calves, and various aquaculture species, and generally showed positive improvements in body weight gain and feed conversion while reducing mortality.
These beneficial responses result from MOS binding and limiting the colonization of pathogens in the gastrointestinal tract, improving the integrity of the intestinal mucosa, modulating immune system activity, and may be involved in antioxidant and anti-mutagenic defenses.

The composition, quality, analysis, and safety of selenium yeast have been well described. Selenium yeast is marketed as a highly bioavailable form of Se (selenomethionine), and has unique effects on metabolism, improves the health status of animals, and increases Se content in meat and eggs compared to feeding inorganic forms. Although brewer’s yeast contains 1–2 mg/kg selenium, some commercial high selenium yeast may contain up to 2000 mg/kg Se.

Why should we use the yeast product?

Ruminant lack the ability to digest themselves

No animal – herbivore or omnivore – can digest unaided the principal structural carbohydrate of plants: cellulose. The digestion of plant foods is always brought about by a symbiotic relationship between the herbivore animal, in this case, the ruminant, and the microbiota contained in its digestive tract, and these microorganisms are the actual agents of cellulose digestion.

Moreover, modern livestock industry practices inevitably increase the risk of clinical and subclinical enteric diseases. This is mainly associated with higher stocking rates, high-energy-density diets, and the possibility of horizontal transmission of diseases. Thus, animals have become more vulnerable to harmful microorganisms. Traditionalhusbandry practices have relied on therapeutic drugs, i.e.antibiotics, to deal with these challenges. Correct maintenance of the gut microbiota can be achieved by using direct-fed microbes, like yeasts, as an available alternative to reduce our dependence on traditional therapies without sacrificing production efficiency. The concept of “probiotics,” or direct-fed microbials, is not new. It was originally used in human medicine in 1907.

Since the early 1980s, feeding yeast products has increased in popularity, particularly in lactating dairy cows. Other Continued on the back page”The ban of antibiotic growth promoters in feed for production of animal foods in the European Union has increased interest in evaluating the effect of yeast products (YP) on the gastrointestinal ecosystem, rumen microbial populations, and overall animal performance.

Numerous yeast products and yeast-containing feed ingredients are commercially produced, marketed, and used extensively in animal feed worldwide. Considerable research has been conducted to evaluate the potential animal growth performance and health benefits of adding yeast, yeast-derivatives, and yeast-containing ingredients into animal feed.
Hiyeast is a yeast product supplier for over ten years, which total capacity reaches 150,000 tons annually, and is ISO9001 and GMP+ certificated. Contact us for more product details!